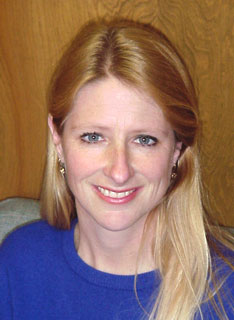 Wendy Hinman is the author of Tightwads on the Loose: A Seven-Year Pacific Odyssey, the light-hearted story of her seven year voyage aboard a 31-foot boat with her husband, Garth, and Sea Trials: Around the World With Duct Tape and Bailing Wire, the gripping story of Garth’s voyage around the globe with his family when he was a teenager.

Wendy Hinman grew up moving every few years as a child because of her father’s job as a dentist in the Navy. During her childhood, she had the opportunity to live in multi-cultural environments in Guam, California, Hawaii and Washington D.C. and meet people from all over the globe. She loved travel so much she’s devoted her life to exploring as much of the world as she can.

She used her degree in Economics from the University of Michigan to found a successful international business, which along with her insatiable curiosity has taken her to over 30 countries.

She learned to sail at six years old, immediately loving the feel of the wind on her face and the freedom sailing represented.  Since then she has raced extensively and taught sailing.  Her lifelong love of sailing has taken her cruising in the Hawaiian Islands, Chesapeake Bay, Virgin Islands, Greek Isles and Puget Sound. And then . . .

In 2000, she instigated a roving adventure with her longtime husband, Garth, which let her combine her love of sailing, traveling and writing. Garth had already sailed around the world with his family as a teenager and even got a taste of the life of Robinson Crusoe when he was shipwrecked on a remote island in Fiji. (She details that voyage in her second book, Sea Trials.) Together Wendy and Garth sailed over 34,000 miles aboard a small wooden sailboat from 2000-2007.  It takes a special person to travel for seven years in a small space with her husband, while maintaining her sanity and remaining innocent of murder. Not everyone’s personality would adapt well to being cooped up, sometimes for weeks on end, in a tiny space that might be rocking violently, alternating between playing Suzy Homemaker and Wonder Woman. Wendy’s natural optimism, incurable wanderlust and sense of humor carried her through some challenging situations.  So did her writing.

Since her earliest days, she’s loved writing and story telling.  She’s worked an editor at the e-zine Workz.com and a freelance writer for numerous corporate clients, including Frank Russell and AT&T, and contributed articles to countless publications.

She’s shared her sailing adventures through emails and her blog. She has been a regular contributor to several magazines, especially ones sailors like to read.   Wendy’s also been featured in Sail, Cruising World, Sailing, Yachting, Voyages, Hebe Jebees (Hong Kong) and Kazi Magazine (Japan). Her book, Tightwads on the Loose: A Seven-Year Pacific Odyssey, about her seven-year 34,000-mile odyssey aboard a 31 foot boat has been a steady seller, has garnered great reviews and media coverage. Tightwads on the Loose won the Journey award for best true-life adventure story and Readers Favorite awards. See the media/buzz page for more details. With more than 100 five star reviews on Amazon, it has been selected a best travel book for women and a staff favorite at a number of bookstores and even been a best seller. Her new book, Sea Trials has steadily earned rave reviews and been named a Kirkus Best Book of the year. It has also been named a best book by Foreword Reviews and Readers Favorites and a finalist for the International Book Awards.

Wendy Hinman is an inspiring speaker. She has an entertaining slide show presentation featuring stunning scenery and funny stories from her epic voyage and lessons learned along the way.  She has made presentations to Corinthian Yacht Club, Hawaii Yacht Club, Seattle Yacht Club, Southwestern Yacht Club, Shilshole Bay Yacht Club, Falmouth Yacht Club and Cruising Club of America among many others, as well as regularly featured at the Seattle Boat Show, The Wooden Boat Festival, and Strictly Sail Boat Show. Contact her about scheduling a presentation, whether it be a keynote presentation or an intimate group. (Please visit the speaking page on this website for an idea of topics.) She is also happy to meet for book club discussions or media interviews.