Below are some of the articles written by Wendy Hinman:

An Article Wendy Hinman wrote about the Hecate Ranger, a former BC Forest Ranger Workboat transformed into a stately pleasure craft. March 2018

Seemed like a good idea at the time … a funny article in Pacific Yachting, Good Idea Gone Wrong, about painting in my underwear, and then spilling it everywhere … February 2018 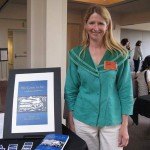 Wendy was invited to guest blog for Writing is My Drink, by Huffington Post contributor and author of How to Sleep Alone in a King Sized Bed, Theo Pauline Nestor. Visit her post here.

Some of her older work can be found on the Workz.com website, which also syndicated the content to a myriad of other sites. Most of these articles featured time sensitive information.