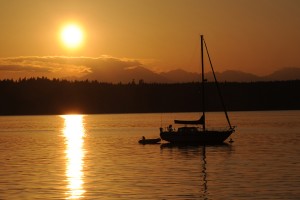 We’re pleased to announce the winner of our writing contest. The contest judges were:

Kathy Gehrt is passionate about food, cooking and gardening. Her work has appeared in Mother Earth News, The Gilded Fork, and newsletters. Her book, “Discover Cooking with Lavender,” was published in early 2010. Visit her website at www.discoverlavender.com.

Debra Daniels-Zeller taught healthy vegetarian cooking classes for 16 years. Her The Northwest Vegetarian Cookbook: 200 Recipes that Celebrate the Flavors of Oregon and Washington profiles of 22 Washington and Oregon farmers and lists the numerous varieties of fruits, vegetables, beans and grains cultivated in the Northwest.

Here is Amber Wong’s award winning essay. Amber will receive a copy of Hotel Angeline: A Novel in 36 Voices and We Came to Say, an anthology of memoir stories written by twenty-six authors including Elizabeth Corcoran Murray and Wendy Hinman, edited by Theo Nestor.

How I Learned to Write

Every family with more than one child has one. The good kid. Although it’s usually a subjective judgment, in my family I knew it was me.

I verified it when I went home to clean out my parents’ house after they passed away. I was dunging out the file cabinets, shredding the 40 years of bank statements and cancelled checks – the records of 20th century middle-class life – when I stumbled across the file entitled “500-word compositions.” A wave of fear – and shame – overtook me. These were the painful confessions of youth.

It started when I was five, my brother seven. We were living in Boston in the early 1960s, a young Chinese-American family, my father still in school. For my brother and me, being precocious became a real disadvantage. Mom decided that when we were disobedient or displeased her in some way, we had to write 500-word compositions outlining what we did wrong and how we were going to do better in the future. I don’t know how she got the idea. Maybe she’d read about the self-criticisms (jiǎntǎo (检讨)) in the Chinese re-education camps during the Great Leap Forward and thought, what a brilliant idea. How could she have known that history would judge Mao’s great social experiment an utter failure? Without that foresight, she forced us, two kids barely in elementary school, into an early practice of self-abasement.

I eased the file out of the cabinet, knelt down on the rug, rested it on my lap. It was about an inch thick. I was surprised at its heft. How bad were we? I couldn’t imagine that we were any more naughty than, say, the kids next door. They just didn’t have tangible documentation of each infraction. This file, crammed with sheets of 8 x 11 notebook paper filled with pencil smudges and childishly scrawled word counts in the margins, held the secrets of our youth. Secrets so deep that at this point, I couldn’t unearth even one.

I paused, the file still unopened. Would I be intruding into my brother’s shameful thoughts, his deep feelings of remorse? Should I respect his privacy and look only at mine? As if in answer, 3 pages slid down out of the file, onto the floor. I couldn’t miss the title: “What I Have to Say about Amber’s Stupid, Idiotic and Unfounded Gripes.” That settled it. Everything was fair game.
Halfway down the first page, I was already rolling in laughter. Literally. I realized that this was my brother’s rebuttal to my earlier 500 word composition titled, “Why I Don’t Always Help My Brother.” Here we were, ages 8 and 10, duking it out in legal briefs, Mom as the judge.
This was my genesis as a writer. After spending the evening laughing hysterically over each essay, I counted them up. By sheer volume, I was twice as good as he: I penned eight compositions, my brother, 18. Proof positive – numbers don’t lie.

This entry was posted in Contests, Uncategorized, Writing. Bookmark the permalink.