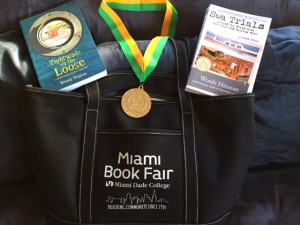 Award-winning author Wendy Hinman will collect another award at the Miami Book Fair. Readers Favorites has bestowed awards on both her titles, Sea Trials: Around the World with Duct Tape and Bailing Wire and Tightwads on the Loose: A Seven-Year Pacific Odyssey. That’s two for two! 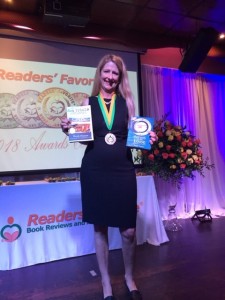 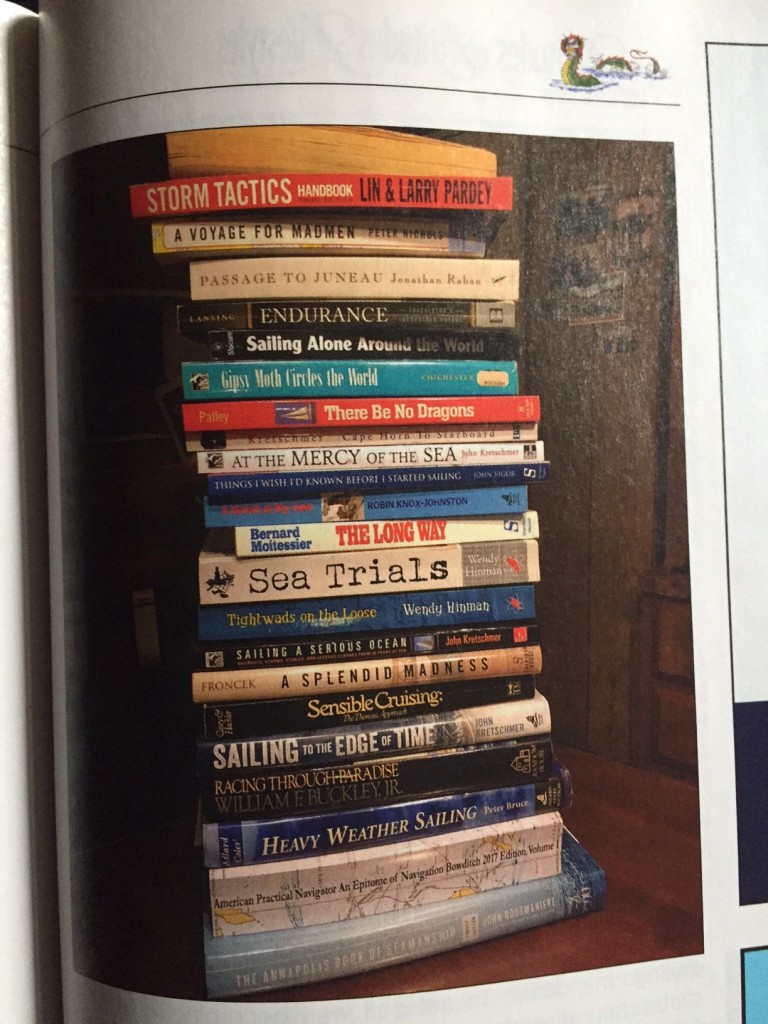 Wit and Wisdom with Wendy Hinman: Interview by Skipper Jenn

I have been enjoying blogposts by Jenn Harkness, AKA Skipper Jenn, about women and sailing for the last couple of years. She has tackled some of the challenges women face as skippers and sailors, taking on leadership roles in an arena recognized for being technical and physical and being dominated by males. She offers a refreshing perspective and sense of humor, starting with her hilarious logo and the name of her boat, Poop Deck. She has begun a new series of interviews with women sailors she admires. I was flattered to be her first choice for an interview. From there she blew me away with her flattering accolades, calling me a “badass.” But what made her interview so fun and interesting for me is the areas she probed and the questions she asked. 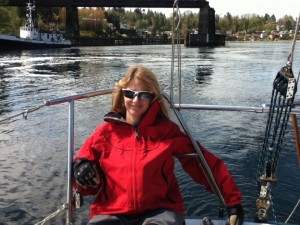 Here’s a snippet:
At the Port Townsend women’s panel Wendy made a comment I have turned over in my head many times. She said, “You really discover who you are out there.” I finally was able to ask her, what did you mean by that? Her answer was so complete and eloquent I have it here in full. “In society we spend our time being daughters, sisters, mothers, coworkers, spouses; our life is in relation to others. When we are out there sailing, we are more in relation to ourselves and nature than anything. So, it’s a chance to redefine who we are outside of our relationship to others. There is so much time to think about what is important, what feeds our soul. To appreciate nature and what’s going on right now, you can find an inner peace that comes from just being rather than doing. Rather than performing or trying to be perfect, you can live in the moment…”

Posted in Boating, Follow your Dreams, Profiles, Uncategorized | Comments Off 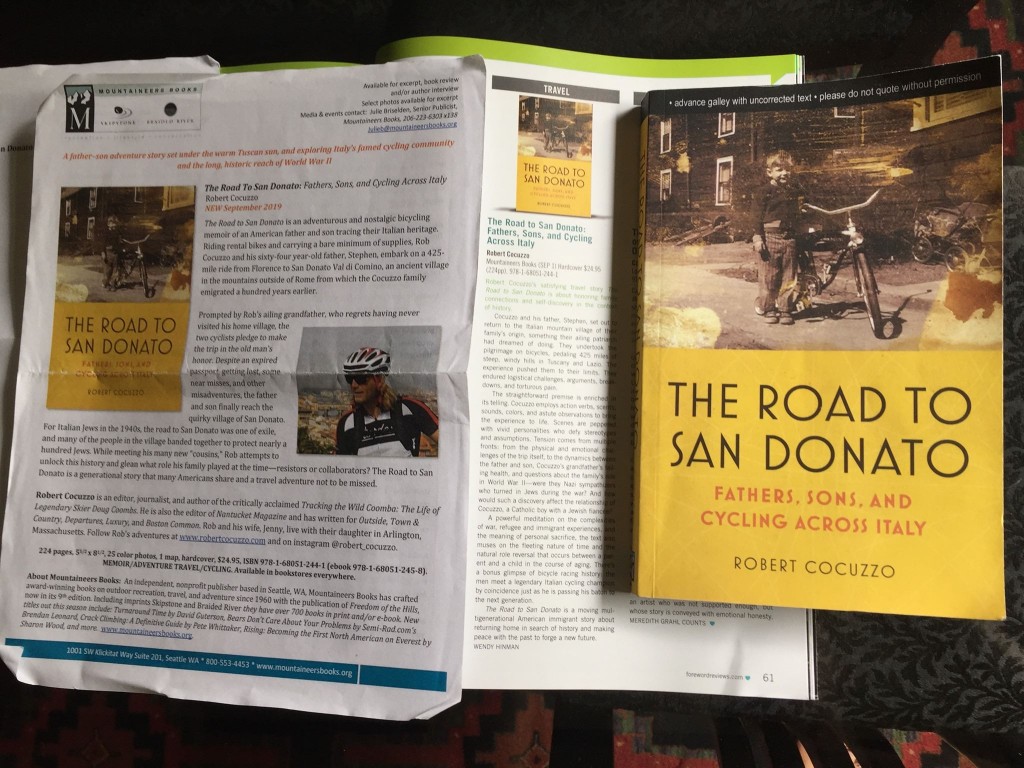 Coming soon! Tightwads on the Loose in Audio! 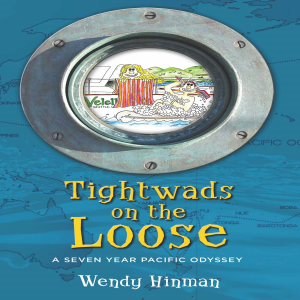 Exciting news! The audio version of Tightwads on the Loose is coming! Readers have been enjoying this story for years in paperback and as an eBook and it has been a consistently strong seller. It has garnered rave reviews from many readers and been named a best book multiple times. Now those who prefer to hear a story with their ears rather than take it in through tired eyes can also enjoy it. As children, we all loved when someone read us a story. Why not enjoy the same means of opening our imaginations as adults?

Author Wendy Hinman is excited to share her phenomenal story through audio, thanks to the incredible storytelling talents of our narrator, Robin Karno. Robin’s enthusiasm and excitement has made the process of bringing this story alive so much fun. Not only has she been a fabulous collaborator, she has a pleasing voice, great comedic timing, and a talent for capturing the flavor of the voyage and the accents of the cultures that this traveling duo visit in their 34,000-mile journey around the Pacific aboard a small sailboat.
Now the whole family can listen to this engaging, award-winning story of travel adventures with Wendy and Garth.

The Tightwads on the Loose audio book will be available for purchase through most audio book retailers.

Once you pick up a copy, you can relax and listen to the story unfold as many times as you wish!

Posted in Announcements, Uncategorized | Comments Off

Review of The Road to San Donato by Robert Cocuzzo

“The Road to San Donato by Robert Cocuzzo is a moving multi-generational American immigrant story. A powerful meditation on the complexities of war, refugee and immigrant experiences.” Wendy Hinman for Foreword Reviews 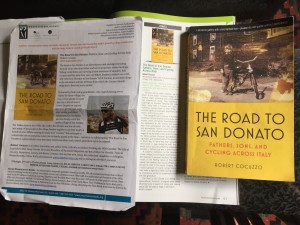 Here’s a link to all her reviews: https://www.forewordreviews.com/search/?q=wendy+hinman. There you can find many of her other favorite recent discoveries, including Cooperative Lives and On Wings of a Lion.

“This book is the next best thing to going on a seven-year odyssey itself!”

Stand by for more news on the audio version of this popular travel adventure.

Come to see the boats, stay for the engaging seminars from renowned speakers from all over the world.

Wendy Hinman will be sharing her humor and lively stories along with her wisdom gleaned from many years of racing and cruising many thousands of miles on all sorts of boats. As a bonus, Wendy will be part of a phenomenal gathering of offshore women sailors will have a lively discussion led by Ace Spragg and also featuring Lin Pardey, Nancy Erley, Tiffany Looney, and Theresa Carey. Come hear their insights and experiences. This is going to be a Festival Highlight – rarely do you get this many extraordinary women sailors in the same place at the same time! https://2019woodenboatfestival.sched.com/ 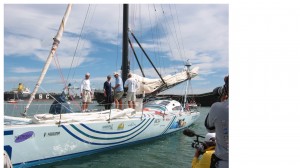 Flashback fun: Here’s a clip of an interview and boat tour with Bruce Schwab, who Garth and I helped prepare for the Southern Ocean during the Around Alone Race stopover in New Zealand. As my audio book narrator prepares this chapter of Tightwads on the Loose, I am going through a bit of nostalgia and thought I’d share this memory. It was a great experience being shore crew and I still love catching up with Bruce at the boat shows. 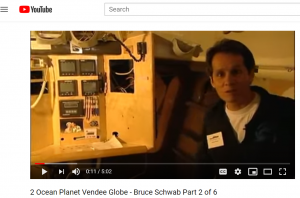 Wendy Hinman writes book reviews for Foreword and Clarion Reviews. Here’s a link to all her reviews.

Among her favorite discoveries:

A literary novel set in New York City: “Ambitious and sophisticated, Cooperative Lives is a diverse and gorgeous tapestry of character studies” with a twist. Read the full review here: https://www.forewordreviews.com/reviews/cooperative-lives/

Posted in Reviews, Writing | Comments Off